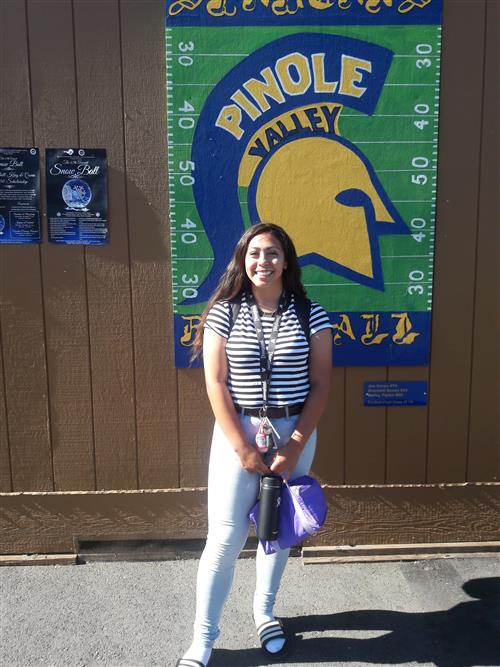 "I was shocked and I couldn’t believe it,"Moran said about being named a state finalist via an email from Wendy’s. "I thought it was a scam. I was excited and running to mom and I tossed her my phone and told her to read."

A four-year player on the Spartans soccer and cross country team and a member of marching band, Moran has aspirations to become a surgeon. She is also striving to surpass the bar set by her older brother, Bryan, a 2015 Pinole Valley graduate and current student at Georgetown University.

"(Bryan) is my role model," Moran said. "I want to be successful, and I want to make my parents and brother proud. My brother set a very high standard."

Moran wants to attend Stanford. Perez is considering UC Berkeley. Perez has UC Santa Barbara as her top choice and is considering Psychology or Urban Development as her major.

Wendy’s High School Heisman winners fill out an application and provide information about their academic, athletic, and community involvement. Applicants also write essays about their achievements. Wendy’s and the Heisman Trust have been awarding scholarships for the past 22 years.

The four Wendy's honorees will be recognized by the District's Board of Education on Wednesday, November 15 at 6:30 pm in the DeJean Middle School cafeteria.