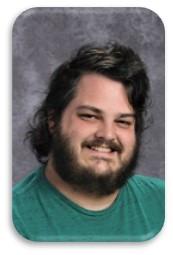 Stephen Ross has been an English educator for nearly a decade. He earned his Masters in Teaching from the Rossier School of Education at the University of Southern California in 2011 after receiving his undergraduate degree at the University of Puget Sound in Literature with a second emphasis in Creative Writing in 2006.

​Mr. Ross began his student teaching in the Seattle area, but has worked for the Mount Diablo Unified School district as well as the Pittsburg Unified School district - where, in addition to his work as English instructor, he also taught AP Literature and served as the Instructional Lead for his department.  He has been with MCHS since 2017.

Prior to his career as an educator, Mr. Ross has worked as the program director for an after-school program and day-camp, the front desk agent at a Portland hotel, and also was an active member of the Seattle arts community. He was also awarded the rank of Eagle scout from the Boy Scouts of America.

​He is passionate about poetry, his vinyl record collection, and his dog, Murphy.

​In his free time, he enjoys making music, hiking, crate-digging, and board games.